Chicago Typewriter takes you on an epic, sweeping adventure between two different times – the present day and the 1930s Japanese occupation of Korea.  Linking these two times together is the discovery of a typewriter that is possessed by a ghost determined to set things straight.

It all begins with the introduction of best-selling author Han Se-joo (Yoo Ah-in) who embarks on a book tour to promote his latest release across the US and Europe.  While in Chicago, he stumbles across a typewriter, that, on first touch reveals his past life.

Through a series of twists and turns, the typewriter ends up on his doorstep, delivered by a devoted fan of his, Jeon Seol (Im Soo-jung), who happens to feature prominently in his past life.

The story shifts when Han Se-joo develops writer’s block and struggles to write to deadline.  Just as all appears to be lost, the situation is salvaged by the appearance of the beginning stages of a novel.  Set in the 1930s, the novel accurately details the life and times of writer Seo Hwi-young (Yoo Ah-in), Ryu Soo-hyun (Im Soo-jung) and Shin Yool (Go Kyung-pyo).  But with no recollection of who wrote it, Se-joo is plagued by guilt, until he meets the ghostwriter – Shin Yool (Go Kyung-pyo).

With the three reunited in the present day, they decide to piece the story of their turbulent past together, and reveal a breathtakingly beautiful story of love, passion, loss, friendship and betrayal. 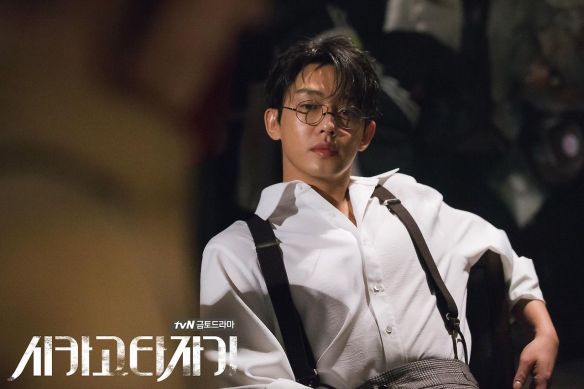