The award-winning Korean drama Signal tests the boundaries of space and time, connecting a cold case profiler Park Hae-young (Lee Je-hoon) in the present day with Detective Lee Jae-han (Cho Jin-woong) in the past, via a mysterious two-way radio.  The pair work together to solve different cases that have remained unsolved for a long period of time, including a serial killer case (based on the solved real-life Hwaseong serial murders that took place in Korea between 1986 and 1991).

These cases are now the responsibility of the long term cold case team, led by detective Cha Soo-hyun (Kim Hye-soo), who unbeknownst to profiler Hae-young, has been desperately searching for her partner and mentor, Detective Lee after he mysteriously vanished without a trace 15 years ago.

However, as they progress through the unsolved cases, they soon realise that changing the past can sometimes have drastic consequences for the future.

Signal is regarded as one of the highest rated Korean dramas in cable television history, reaching a final rating of 12.54% and  recognised at the 53rd Baeksang Arts Awards – winner of Best Drama, Best Screenplay and Best Actress awards; the tVN10 Awards – winner of Best Actress and Choi Jin-Woong awarded the Daesang (Grand Prize) here and at the 1st Asia Artist Awards.  In 2018, Signal was adapted in Japan to critical acclaim. 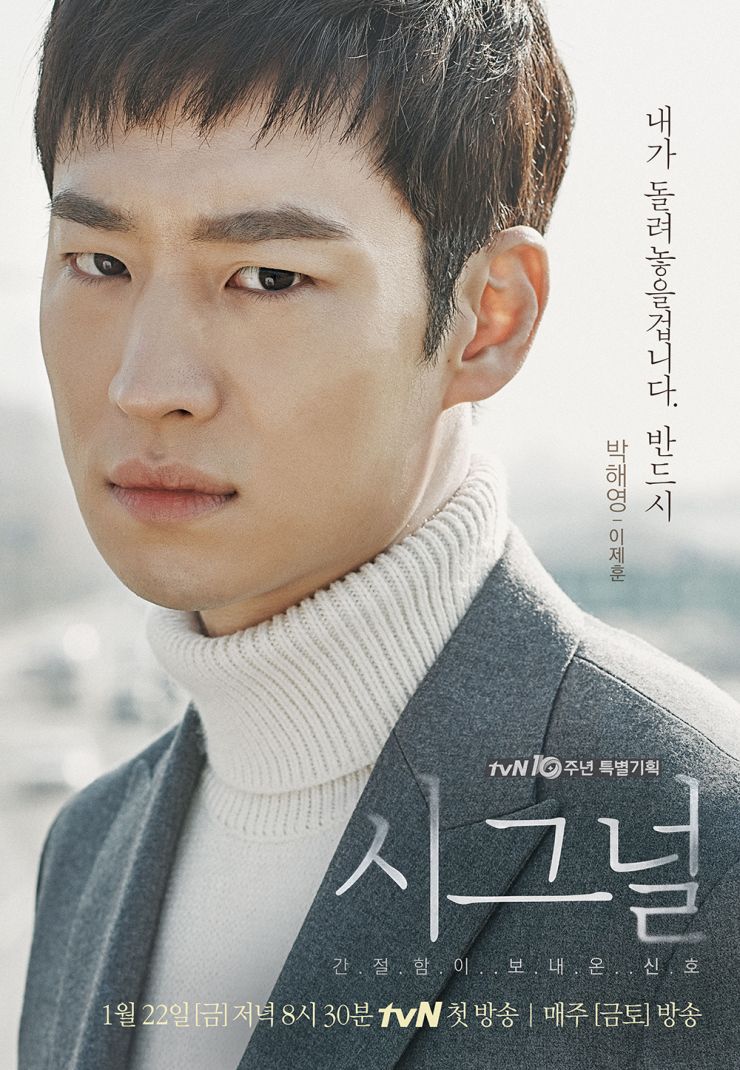